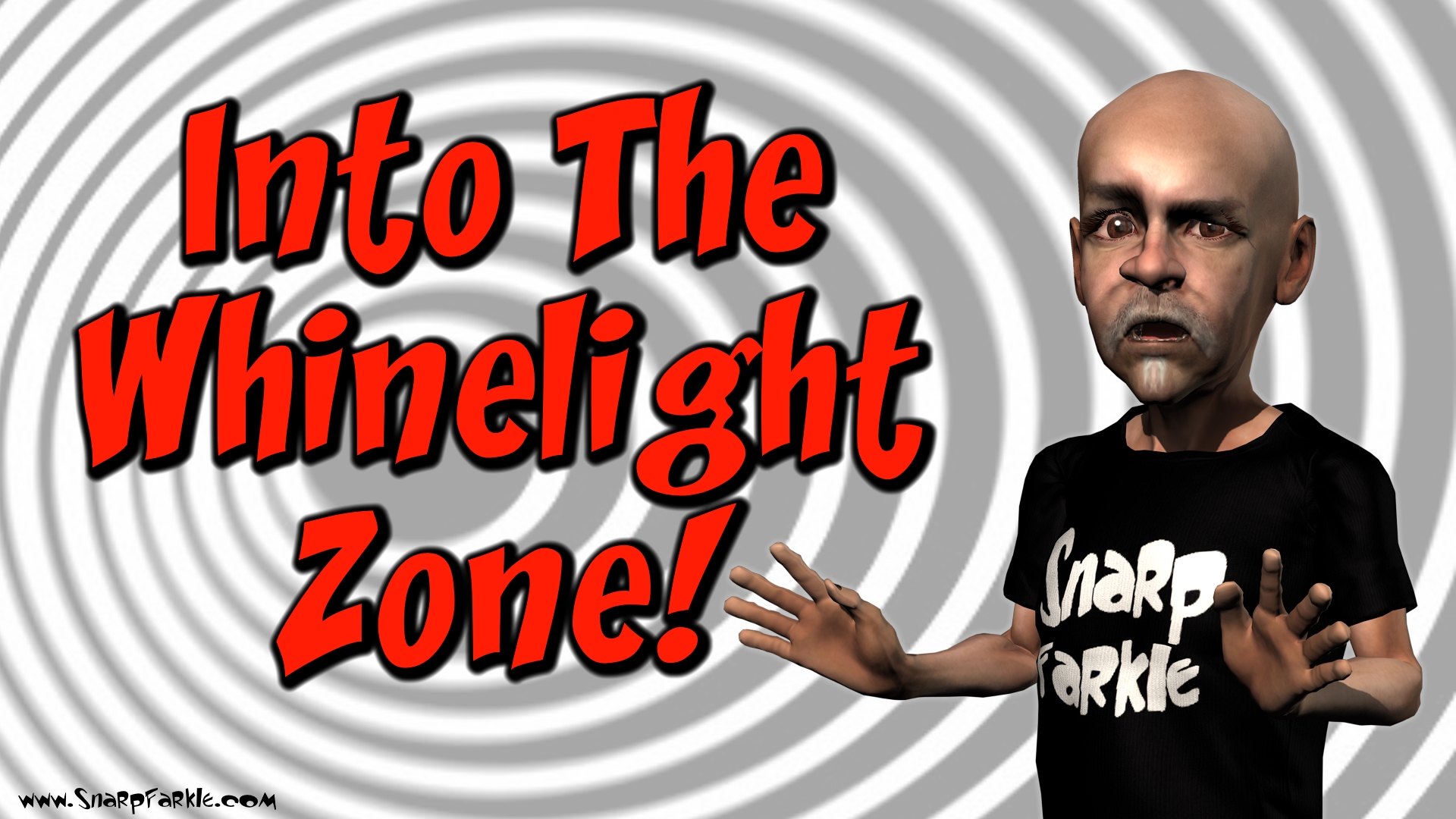 It was brought to my attention that I have been participating in a n-n-n-normal human practice that for all intents and purposes can be very annoying, and even though I pride myself in being annoying, this practice is r-e-a-l-l-y annoying even for me!

I was told I whine a lot and not from just one person either!  Hmm… now I’ve got to find out if I do in fact… whine!

The first thing I must know is what really is whining?  I know that dogs whine, kids whine, and ex-wives whine in fact most n-n-n-normal people whine at some point but in case you’ve forgotten… I… am not n-n-n-normal!

During my research on whiners I found that society for the most part does not take too kindly to whiners and complainers.  In fact most comments I found were very rude and ruthlessly insulting!  It’s like a whole other world that is as despised and detested as a festering useless miserable can of rotten spam!

How can people be so insensitive?  How is it that I find myself in such a wretched state hated by society?  For someone to tell me I whine a lot can only mean one thing…

I’ve slipped into… ‘The Whinelight Zone’!

“You’re traveling through another dimension, a dimension not only of sight and sound but of mind.  A journey into a wondrous land whose boundaries are that of imagination. At the signpost up ahead your next stop is …

Some have called them “energy sucking vampires” but most vampires have a personality and can outwit you in several different ways.  Zombies are slow witted, usually rotting from the inside out and they are never any more intelligent than brainless rodents! [/ezcol_1half]

So the chronic whiners, complainers, moaners, groaners, nitpickers, crybabies, drama queens, excessive talkers, gossipers, woe-is-me-ers and fault finders are too busy complaining or whining to be witty and because their problems are never going to go away they sit and fester within them and start rotting their minds from the inside out.  ZOMBIES!

They must have sought me out to spew their infestation of decaying mind matter on me and by taking bites out of my intellect tried to turn me into a slow witted brainless rotting rodent also!  Hmm… this is starting to make sense!

Being victimized I’d start venting and spewing my own “Gee sure do wish things were different for me!” thoughts upon other unwary humans and then be stuck in my own newly formed pessimistic rotted mindless world that is so dreadful now that I begin to seek others to whine and complain to!

So if no one had intervened, the life sucking zombie herd mentality would have kicked in and I’d be mindlessly wandering the earth complaining about whiners, moaning about groaners, nitpicking about crying crybabies, excessively talking about drama queens, gossiping and finding fault with woe-is-me-ers!

I’d be forever salivating as a hideous demented rotting homicidal zombie, drooling and oozing disease ridden festering sludge in search of the new sniveling cursed whining prey found roaming in the streets of…