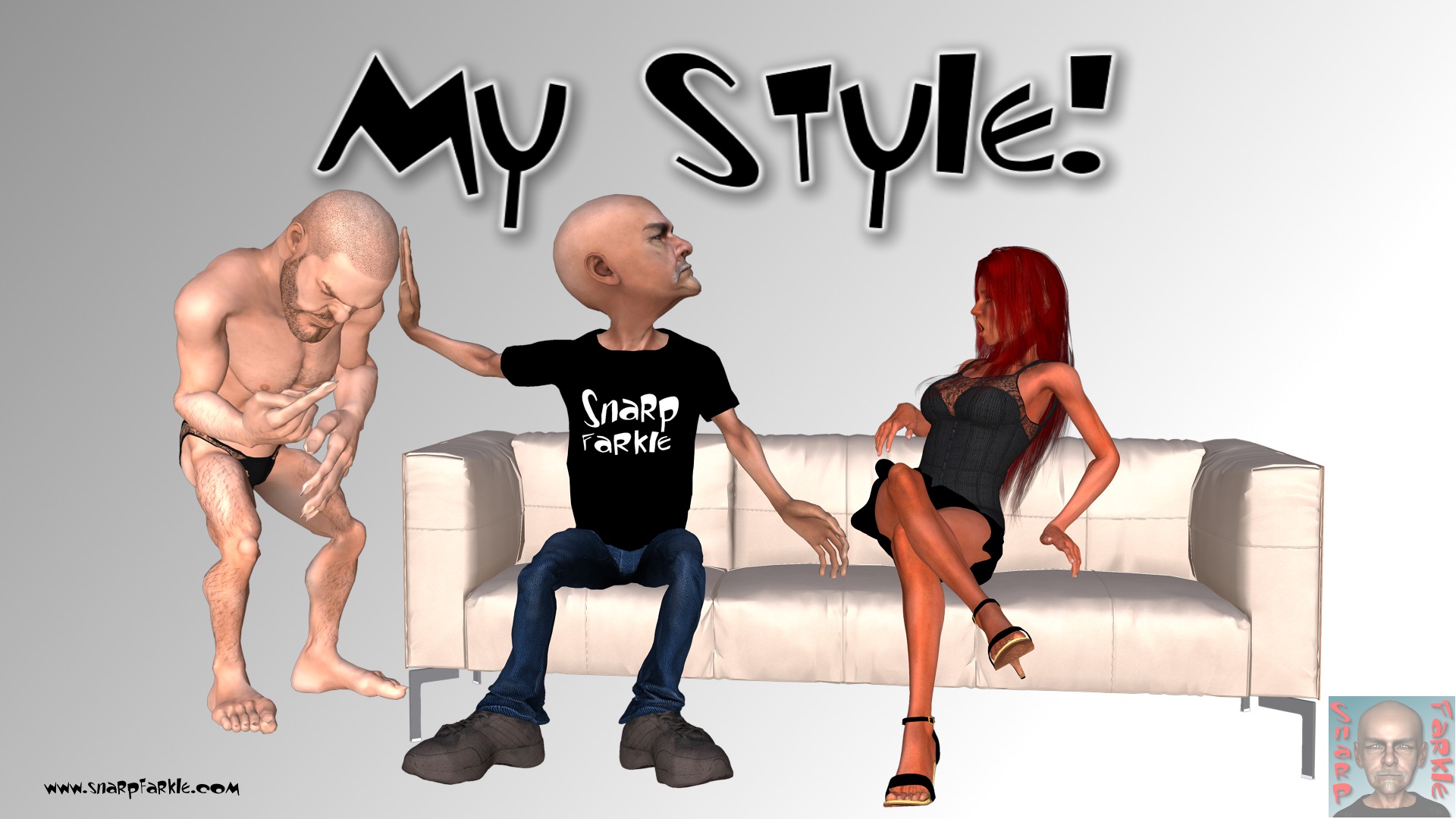 It’s kind of funny sometimes when you are asked to describe something you normally take for granted.

For instance, I was asked by a sort of swanky-high class-up-to-do lady about what my style of writing was… uhh… hmm… I had to think about that one, and it kind of took me by surprise, made me feel a little apprehensive and uncomfortable because no one has ever asked me that kind of question before, and it felt like she was trying to invade my personal… “Man Space”!

Not quite as uncomfortable as when having alcohol induced tranquil conversations with “Q” and “Brutus” at our secret vacation encampment, clandestinely hidden deep within the hills of Pennsylvania, “Q” brought up the subject of “THONGS”… no not the kind you wear on your feet!

“Brutus” and I both looked at each other and then instantly at “Q” to see if perhaps she had enough beers in her to maybe show us hers!  A lot of strange things can happen at camp and we’ve been waiting 10 years for this moment, but alas… no show, damn!

But when the thong conversation turned to… guy thongs, I know that “Brutus” has had to have worn one, at least once, because he stated how uncomfortable they were!  “Brutus you sly dog… umm… stop sitting so close to me please and thank you!”  “Stop touching me!”  “Don’t touch me there!”  “Don’t touch me there either!”  “Brutus, remove yourself from my Man Space please and thank you!”

Anyways, the swanky-high class-up-to-do lady’s question about my style wasn’t quite that uncomfortable, I just hadn’t thought about having a style!

Of course if I try to come up with a swanky-high class-up-to-do answer I would have to fake it.  I may have inadvertently been evolved in a swanky, and I have been high before!  I have attended a class, but I never had anything up my to do so she’s going to get the same answer everybody else gets and that’s a toss-up between; “Confuzzlement”, which is a blend of confused and puzzled, or “Stupigence”, which is a blend of stupidity and intelligence or “Intellectual Stupidity”!

So to sum it all up I believe I can describe my style of writing for swanky-high class-up-to-do people as “Intellectual Stupidity”, and “Stupigence” for those who are wondering what the hell did he say, and for all newbies, unruly kids and geezers “Confuzzlement” because that’s how I find them and that’s how I leave them… confused and puzzled!