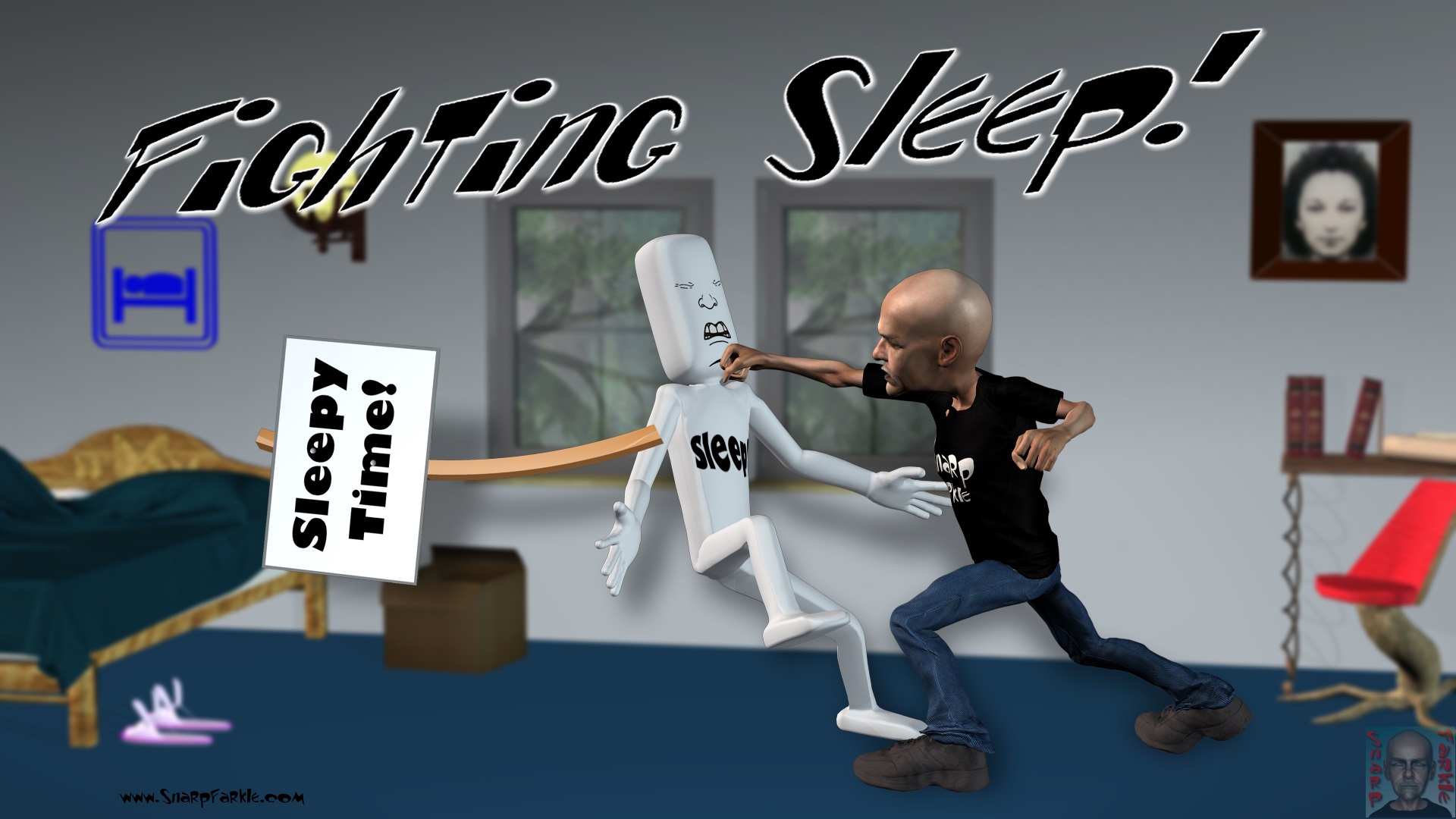 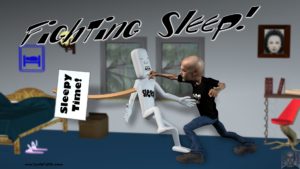 Remember the movie “Sleepless in Seattle”?  Well the only thing this article has in common with that movie is the title, so don’t freak out thinking this article is going to be all mushy-poo!

Uh-oh… I’ve been asked not to mention poop in this article… well poo should be ok since there’s no pee after it!  Ha-ha-ha!

This article is about sleep actually, being sleepless is rather annoying no matter where you live!  The dictionary states that sleep is; “to rest with the eyes closed and in a state of natural unconsciousness.”

So would being sleepless mean that you are restless with your eyes open in a state of unnatural consciousness?

My doctor, noticing that I’ve not been sleeping well, says that the chronic inability to fall asleep or remain asleep for an adequate length of time is part of the aging process, but it could mean that I’m an insomniac!

What the…?  Another damn LABEL?

Then he prescribes me a pill to help me fall asleep and stay asleep for at least a few hours, wait… a Geezer Pill?

So my question is; if these pills work, will my new label be changed to me being just a Geezersomniac or does that just cancel it out?  [/ezcol_1half]

Another question comes up now, if he keeps giving me new labels will the FDA require me to have an ingredients label tattooed on my forehead?

So all this is kind of confusing, because for me falling asleep is easy, going to bed and staying asleep is not!  Sleeping heavily has been referred to as being dead to the world, so when the doctor prescribed me this pill to put me asleep my first thought was like… is he thinking that “since he is getting so old and ill that he’ll have to be put to sleep”?

That’s what I needed… another reason to fight sleep!

That’s my real problem I think, I fight sleep, always did as a kid, but why now as I approach the Geezer stage?  I like sleeping, even if its narcoleptic sleep, sleeping is good, however sleeping was kind of a waste of time as a kid, that’s wasted time that could be used for better things like playing outside, or devising new ways to tease and annoy the “Grumps” to make them chase me!

“Grumps” is short for grownups, got that from a StarTrek episode, and I have to say that it’s probably illegal for me to tease and annoy Geezers of today, if they tried to chase me they could fall down and break a hip and have a heart attack or cranial grey matter explosion!

That would be bad… really bad!

However, I would rather have a heart attack or cranial grey matter explosion chasing an annoying kid than to waste time rotting in a Geezer Farm!