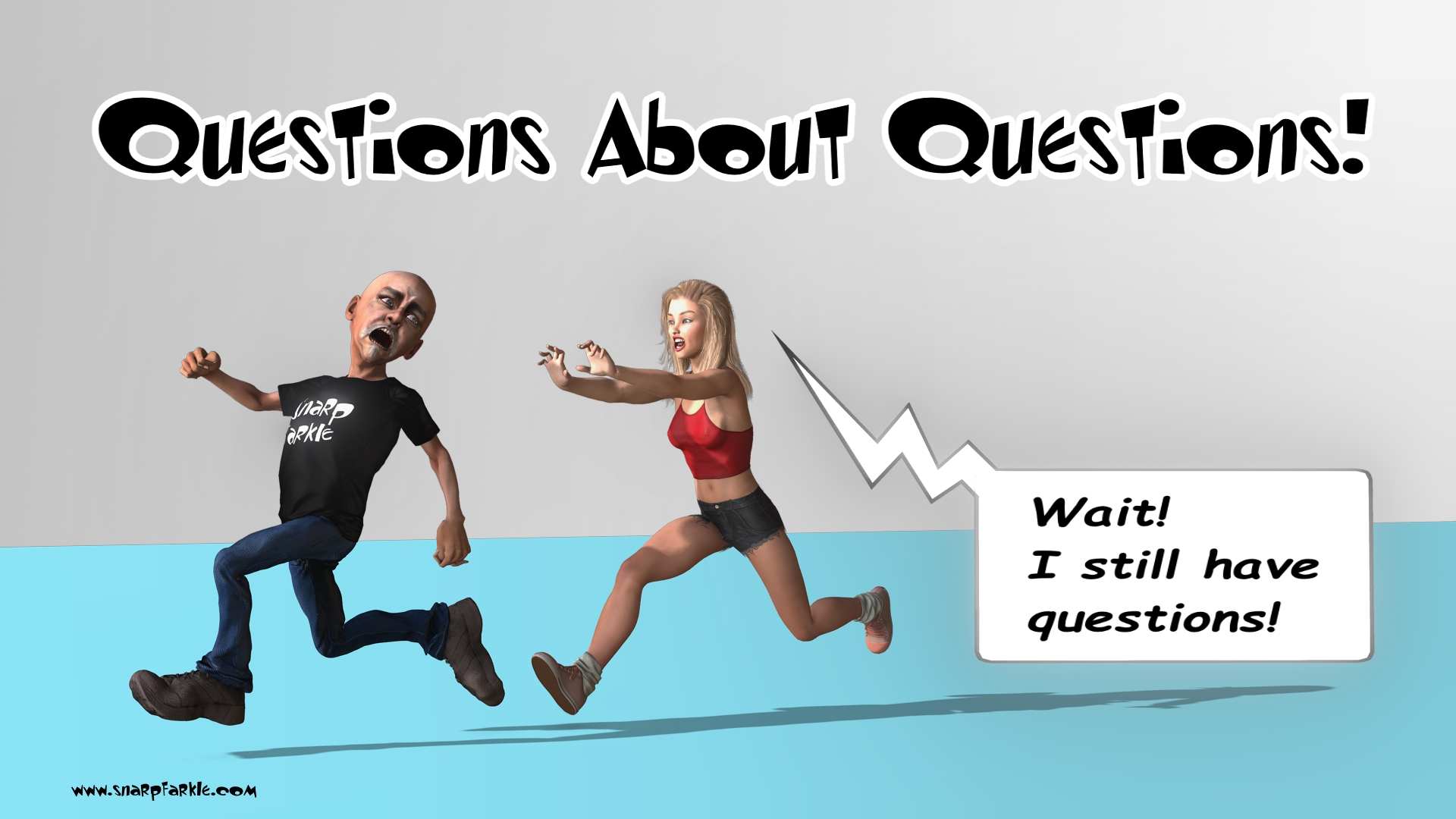 I find that I am addicted to questions; I cannot go throughout my day without asking at least one question, I tried and failed miserably.

Some people ask questionable questions, or answer your question with another question, how lame is that?  There are some questions that have not changed for thousands of years like “What the...?”, “Do I have to?”, “Why?”, or “Huh?”

And my favorite one “Are we there yet?”  Why do kids continue to ask that question?  Isn't it obvious that if we WERE there, we would want to get the little whiners out of the vehicle as soon as possible?

Go ahead; try to go through one day without asking any questions, betcha can't do it!

All these questions about questions caused me to drift off into the cavernous wastelands to ponder, then I had an apiff... epipin... epiphin... umm… a sudden perception of the essential nature of something... humans should ask a LOT of questions!  In fact we are the only species on the planet that CAN ask questions!

As the only Snarp on the planet, I question everything!  I especially question reality on a daily basis, and that is because reality is based on “Conventional Wisdom”, or the accepted reality of generally accepted ideas or explanations of reality!

These accepted ideas and explanations of reality are, or should be questionable, since an idea is not based on facts it is just a theory, and the explanation of an idea is just a rationalization of the favorite general public acceptance of the statements or belief of the theory!

Stay with me now because this is important!

Just because someone in authority makes a statement of belief doesn’t make it true, it just makes it acceptable to the general public if they can be convinced that ideas and explanations of this belief are true… which of course they are not, but because the idea is so accepted they go unquestioned!

This is a devastating blow to history as this now unquestioned accepted reality attempts to rewrite history in order to make all its theories and explanations seem true!

Now that I gave you something to think about, did I just blow all the cranial grey matter out your ears?  HaHaHa, well good, that means I’ve succeeded in my daily quest to make someone think and to make someone smile!

By the way there were 11 questions in this article so if you tried to get through today without any questions you already blew it, didn't you?