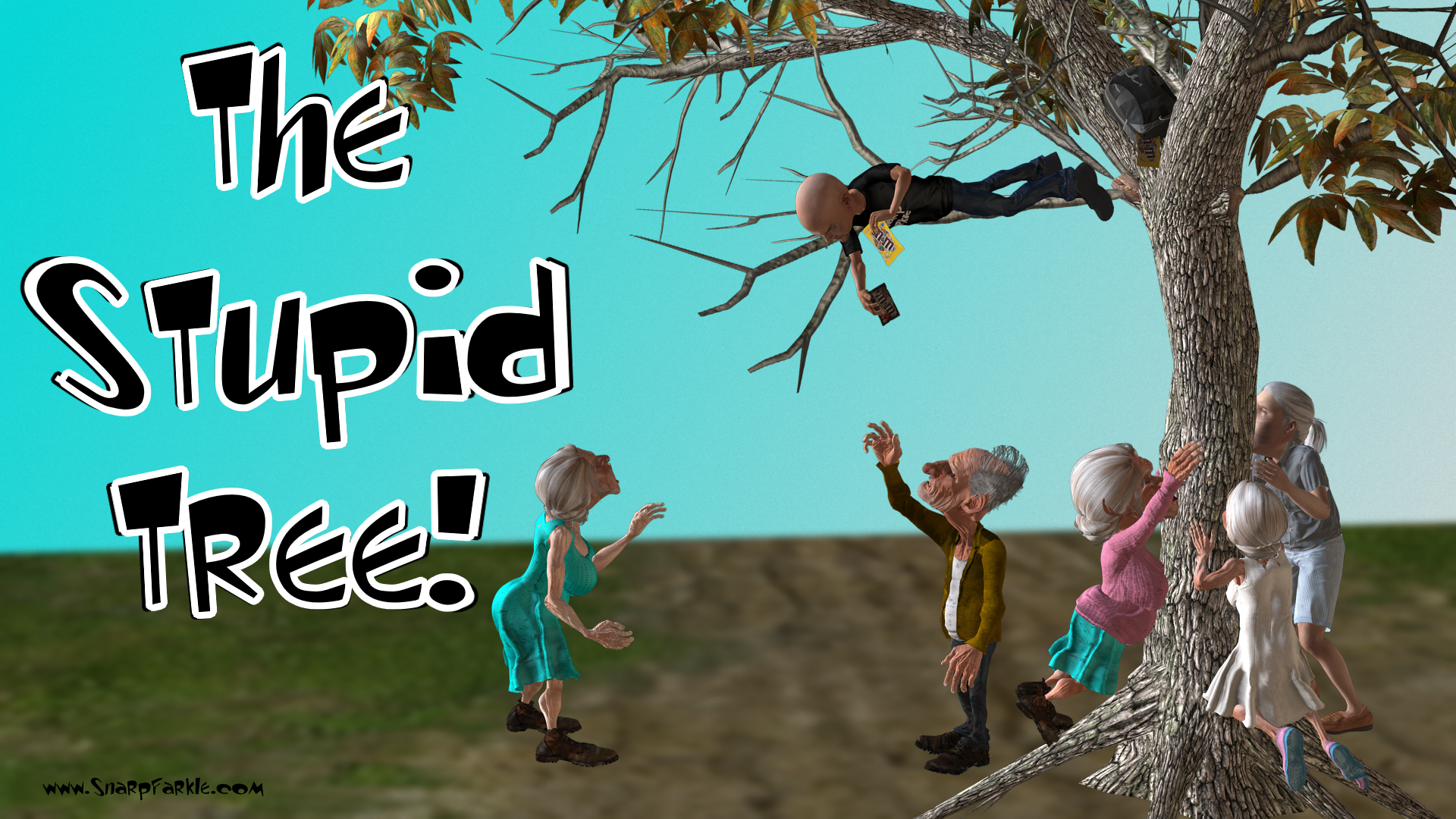 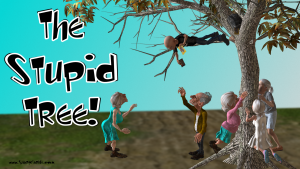 I've been asked how and why I could watch such a blood and guts brutal TV show like “The Walking Dead”, you know, the one about a virus that turns humans into flesh eating zombies and to be honest, if something like that ever really did happen, I'm gonna want to know how to friggen survive with my skin, guts and cranial grey matter still intact!

Granted most of the characters in the show end up getting eaten, or worse get stupid and think they could be safe by climbing up a ‘Stupid Tree’, or even worseorer, some of them just get bitten and turn into zombies themselves and try to eat the mailman, but, unlike the real world, I feel we can learn from their mistakes and not be as stupid!

Just because zombies can’t climb Stupid Trees doesn’t mean you’re safe, zombies don’t get tired… and zombies don’t take pee breaks, get bored, feel sorry for you, or just get in a car and drive away!

No… no they will just stay at the bottom of the Stupid Tree, clawing at it trying to get to you, and thusly attracting other zombies to join them until they have you completely surrounded!

Now only three things could happen at this point; one… you will get tired and at some point fall asleep and fall out of the Stupid Tree then get eaten!  Two… you die of thirst and hunger then turn into a zombie that’s stuck in a Stupid Tree!  Or three… some other stupid person will wander by distracting the now large herd of Stupid Tree clawing zombies, [/ezcol_1half]

who will then start chasing him, giving you a chance to climb down out of the Stupid Tree and run away!

I’m not kidding either!

Of course option number three would be preferable, it would suck for the stupid wanderer… unless you politely yell out a “Thank You” before descending then it would suck for you as the zombies would just return surrounding your Stupid Tree again!  Your only hope then is if the stupid wanderer politely yells out a “You’re Welcome” and the zombies turned around to chase him again!

But if before descending the Stupid Tree again you were to politely yell out, “Thank You” once more… you guessed it, the zombies would just return surrounding your Stupid Tree again!  This could go on and on for hours, or days!

Even if it turns out that the zombies were actually just a herd of Geezers who had escaped the Geezer Patch in a frantic search for M&M’s… that you and your stupid wanderer friend just so happened to have twenty large bags of in your backpacks, the lesson to be learned here is… if you find yourself in a Stupid Tree, with a backpack full of M&M’s… it’s best to only be polite once, and then keep your mouth shut!

I'm not kidding either!