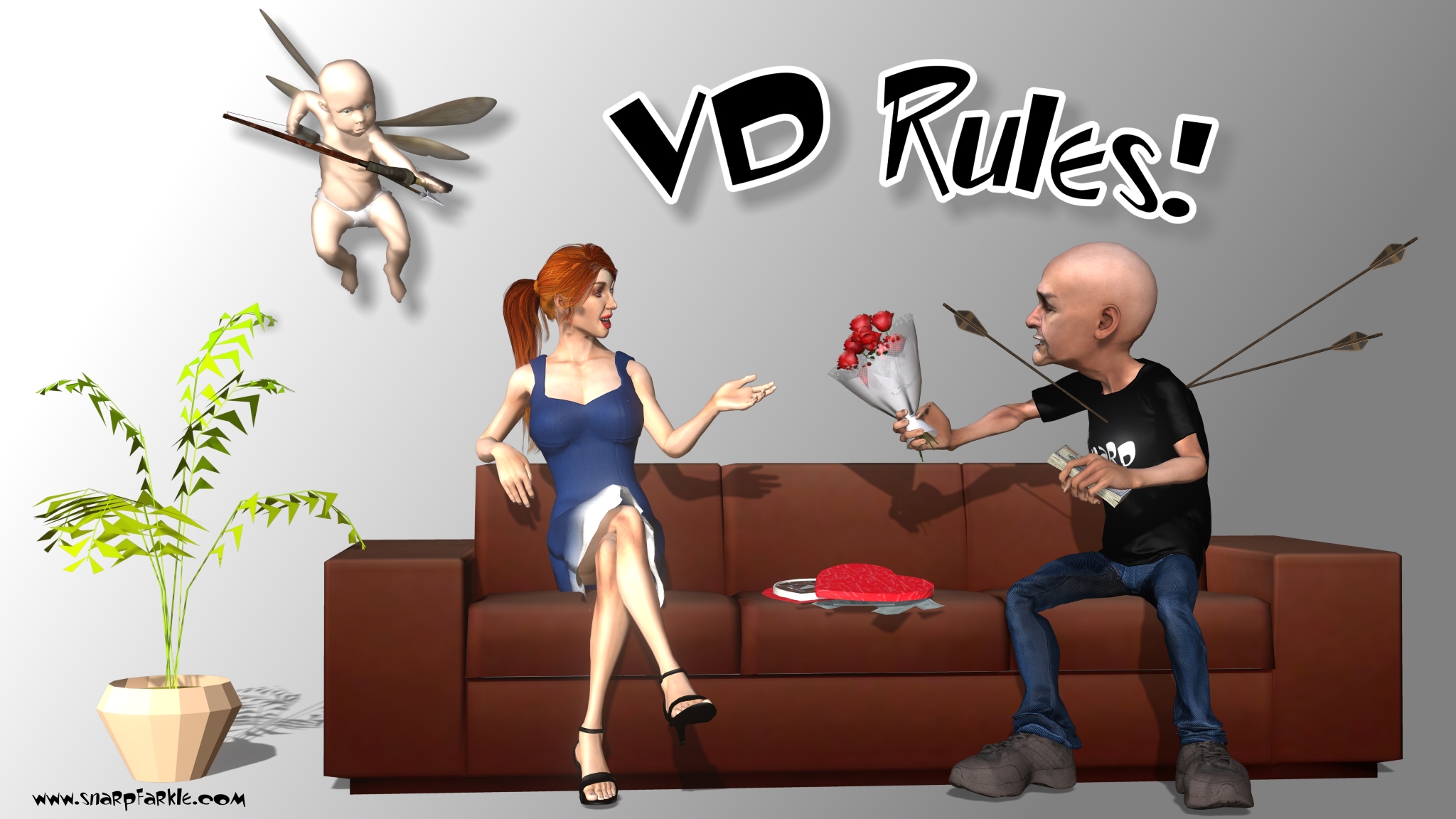 You will have your mind twisted just a teensy tiny bit by the time you’re done reading this article!  You’re welcome!

I know that you are thinking I made a mistake because 13 days+13 days+1 day=27 days and that there are 28 days in February and you would be correct except you must have forgotten about the VD RULE!  And that rule is that Valentine’s Day starts at noon on the 13th and ends at noon on the 15th where showering of gifts must ensue!  It’s one of those “unwritten” rules that you are just supposed to know!

What I find odd about this is the number 13 as it is associated with being unlucky, and here is this one day of love surrounded by bad luck!  However if flowers are given before noon on the thirteenth, one could still get lucky before VD officially starts!

Although depending on how stupid one was since the last Valentine’s Day, it may also take any combination of; flowers, a meal at an expensive restaurant, a box of chocolates, expensive jewelry, and or a new car to get lucky, but then again this could be true for any day of the year!

Would this suggest then that love is for sale on Valentine’s Day?[/ezcol_1half]

And if you don’t have enough money you won’t get lucky and you won’t be loved?  Sounds like what would happen if you were caught visiting a brothel and broke!  HaHaHa!

Valentine's Day, like most other holidays, is rooted in ancient drunken pagan rituals and can be traced back to an ancient pagan holiday in which men stripped themselves naked, armed with whips, and ran through the streets spanking young women in hopes of increasing their fertility!

Another thing is in my own little world, where everybody loves me, I found written in the “Ancient Manuscript of Snarpology” on page DUH 27, when a guy thinks he knows and understands the “Relationship Rules”, then he is in real friggen trouble!  Relationship Rules are not written by the male gender, they’re not meant for him to understand, but to give him a SAFE place that she can’t blame him for anything!  Except for Valentine’s Day, if you forget the VD RULE there’s no place you can hide!

Now keep in mind that this is all part of the REAL world and we all know how stupid that is!  But you can be fooled into thinking that you are n-n-n-normal and be fooled for years, but if you break the VD rules… life will never be the same!